Hit enter to search or ESC to close

The largest selection of creativity, diversity and innovation in the British Asian community will be staged under one roof next month in North West London.

Not quite a mela, but far from a staid department store, Hey Gorgeous events have carved a firm place on the calendar of keen shoppers in the British Asian community.

Over 100 British Asian stallholders, many of them sole traders, entrepreneurs, and home businesses, will present their diverse wares during the weekend of March 28th and 29th March at Byron Hall in Harrow.

This, Hey Gorgeous’ sixth shopping event, is now well recognised as a magnet for craft, creativity and diversity, supporting new and established small businesses, as well as “Youngpreneurs” in the community. Organisers are now inviting members of the wider London community to experience a slice of British Asian culture and creativity as never before seen in one venue. 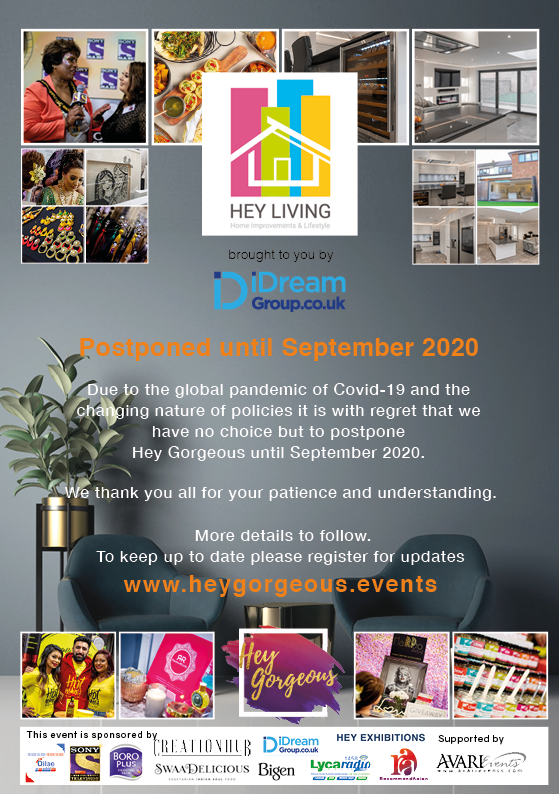 Shoppers are invited to immerse themselves in contemporary British Asian culture, and should arrive ready to browse and buy at this bustling marketplace of exciting ethnic goods and services.  The event will host upper-end boutiques, bespoke clothing, ranging from traditional to cutting edge design school graduates, jewellery, wellness, beauty and healing treatments and services, as well as homeware, tech and food stalls.

So get your best shopping game on, and be prepared to leave Hey Gorgeous with bags full of the best of British Asian wares.

both designed and curated by amazing jewellery specialists, for every day, sophisticated looks to stunning bridal collections

Accessories and décor for your home, as well as Audio visual, home improvements and creature comforts

And so much more…